The impact of Climate Change in remote regions 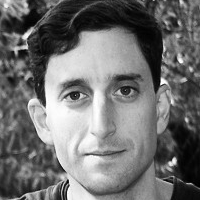 Climate change affects everyone. For Arctic communities, the unpredictable nature of these changes is having a profound impact on their environment and livelihood. Inhabitants need to adapt to a rapidly changing landscape, one in which the people's rich knowledge of the seasons can no longer be relied upon.

Increasingly less isolated from the contemporary world, Arctic residents have become empowered to address these challenges. Responding by bringing in new measures for sustainability, they are creating opportunities that take advantage of their communities’ strengths and interests.

The Arctic territory comprises northern land and sea areas of Canada, Finland, Norway, Russia, and Sweden along with all of Alaska, Greenland, and Iceland. Each region faces a different environment, bringing with it unique challenges.

Finland and Sweden, for example, do not have any coastline north of the Arctic Circle. For Iceland, the Arctic Circle passes through the isle of Grímsey, but the country, while still affected by coastal changes, does not have rights to any Arctic Ocean waters. The remaining five Arctic countries, Canada, Greenland, Norway, Russia, and the U.S.A., are considered to be the Arctic coastal countries, meaning that the current European Union has no Arctic waters.

Depending on where boundaries are set exactly, the Arctic’s population could be anywhere from approximately four million to thirteen million people. About 10% of Arctic inhabitants are indigenous, covering 40 different groups, including Sámi, Inuit, Nenets, Yakuts, and Aleuts. Although current Icelanders descend from the first major population group to settle the islands, they are not considered to be indigenous.

Arctic indigenous peoples suffered immensely at the hands of their national governments, especially after World War II with active suppression of local languages and cultures. Through tedious land claims negotiations, which are sometimes not adhered to fully by national governments and which are still not settled in Russia, Arctic residents are now starting to reconcile their heritage with the contemporary world.

However, as Arctic indigenous peoples have entered into a new realm of self-empowerment and self-determination, climate change has started to affect the region.

Changing of the Seasons

Across the Arctic, climate change has arrived.

It is likely that the region will experience warmer local and regional temperatures alongside increased precipitation and changing snow-rain patterns. A decreased frequency of storm conditions is expected, alongside an increased intensity1. Timings of seasons are expected to change, in particular resulting in decreased area of sea and land ice, later freezes, and earlier break-ups. Amongst the most dramatic changes are the likelihood of melting permafrost and rising average sea levels. Furthermore, these shifts are likely to produce increased wave intensity, leading to faster and more extensive coastal erosion.

Further consequences include changes to land, marine, and coastal ecosystems. In Alaska, several villages are being forced to move inland as buildings fall into the sea2. In Canada, some communities have experienced freshwater shortages when the spring thaw arrived exceptionally late. In Scandinavia, emerging temperature patterns mean that ice freezes over the snow and limits the ability of reindeer to access the plants underneath. In all countries, melting permafrost undermines infrastructure, which - alongside less stable, thinner ice - makes winter travel potentially lethal.

Arctic residents are increasingly concerned about the response, or specifically the lack of response, to such climatic changes. For instance, despite the threat to reindeer herding in Russia and Scandinavia, inflexible regulations and the partitioning of land are creating further difficulties. Roads, borders, and private fences cut traditional reindeer migration routes, while governmental loss compensation schemes provide incentives regarding herd size5 irrespective of climate change impacts. Similarly, while there are laws that govern the times when summer and winter pastures can be used, these laws have not been adjusted to account for the fact that the timings of the seasons are changing.

Understanding the interaction between land, ocean, atmosphere and ice, makes responding to the changes complex, especially given dynamic social contexts. In particular, social change has been driven by a diminished reliance on the local knowledge and traditional lifestyles34.

With the changing environment, traditional knowledge is no longer as relevant as it used to be, challenging identity and livelihoods. Changing weather, seasonality, and species migration patterns disorient hunters and trappers who are used to relying on their knowledge and wisdom. In places where sea and land ice is weaker, options to hunt and travel are limited.

These changes critically affect a hunters ability to provide food for their family, creating a feeling of being vulnerable within one’s own community and on one’s own land.

On an Ice Edge

Many outside the Arctic, however, view climate change as potentially beneficial.

Resource exploration and extraction, tourism, and commercial shipping are expected to increase substantially, bringing jobs and income. Arctic communities are not inherently opposed to exploiting these opportunities, but they are opposed to decisions being made without consulting communities, and without negotiating benefit sharing. Arctic communities also best understand the risks being taken in expanding these industries, risks which often do not appear to be a priority to external parties.

For example, some cruise and shipping companies do not have the necessary equipment or staff trained for Arctic conditions which, under climate change, can still produce dangerous than seas. A cruise ship foundering in Arctic waters is often far from rescue. Any chemical cargo, including petroleum, leaking onto a coastline could devastate the ecology for years. The technology to fully contain and clean up an under-ice oil spill is not yet entirely developed.

While plans are being made for regular shipping through the Northwest Passage, through the Northeast Passage, and across the Arctic Ocean, the reality is far away. New storm and ice regimes could scupper reliability, and wreak havoc with willingness and affordability of insurance cover. Aside from a lack of data for calculating premiums and likelihoods of potential losses, many unknowns exist regarding Arctic change which impact the resource, shipping, and tourism industries.

However, despite the unknowns and uncertainties, private companies sometimes insist on industrial development with the acquiescence of national governments but without integrating local needs6. Such moves further complicate and exacerbate differences within communities, governments, and private companies regarding their responsibilities to society and the environment during resource exploration and extraction.

Yet people living in the Arctic are not passive victims of either climate change or outsiders' interests. In fact, locals are leading the way in investigating how to respond to climate change effectively, and creating opportunities for their communities.

Community-based monitoring initiatives aim to combine traditional knowledge with conventional scientific measurements to create a full picture of Arctic environmental changes while creating jobs and connecting people78. These teams have been collecting and comparing indigenous knowledge and scientific knowledge, not to claim that one is better than the other, but to indicate that differences exist for logical reasons, and that it is important to recognise the advantages and limitations of each knowledge form.

Such work feeds into Arctic monitoring networks. The Exchange for Local Observations and Knowledge of the Arctic (ELOKA) has been running for over eight years to support communities with data collection and management, in order to document change9. For about the same amount of time, the Sustaining Arctic Observing Networks (SAON) process has supported Arctic-wide partnerships, collaborations, data sharing, and inclusion of all Arctic peoples in monitoring and reporting change8.

Communities are also empowering themselves to address the myriad of changes they face under climate change. Around the Arctic, many communities engage with resource extraction companies to ensure that local interests are met. For example by negotiating benefit sharing agreements, or in some instances by refusing permits or forcing operational changes. Similarly, many Arctic communities depend heavily on diesel for energy supply which is both expensive and polluting, so they are active in searching for alternatives, namely through implementing renewable energy supplies and implementing energy reduction.

Indigenous cultures and Arctic sustainability are celebrated through local and regional initiatives and events. In Sweden, the Jokkmokk Winter Conference draws people from around the world to discuss challenges and opportunities of northern living. The Alianait Arts Festival in Iqaluit, Nunavut showcases northern artists and brings artists north, promoting culture and using art to address social issues - for example a concert was held in conjunction with World Suicide Prevention Day. Regarding health, the Quajigiartiit Health Research Centre in Iqaluit is a non-profit organisation helping communities to combine their own knowledge with external interventions to improve health, particularly in the face of changing climatic conditions.

These initiatives demonstrate that those living in the Arctic are empowering themselves to address climate change and its impacts in conjunction with other social and environmental topics.

Social and environmental changes in the Arctic are occurring not just because of climate change, as these examples demonstrate. Wider forces affecting the Arctic include globalisation, social media, and neo-liberalism. Contemporary changes overlay the chronic social challenges mentioned above, even to the extent that many Arctic indigenous peoples outside of Scandinavia lack the basic necessities of indoor plumbing and adequate wastewater management. Racism and denial of employment opportunities continue regularly in Greenland, Canada, and Alaska. In Russia, all organisations, indigenous and non-indigenous, face increasing regulations covering activities and funding.

Meanwhile, no community and no group is homogenous. As with any location, disagreements can be rife within the Arctic regarding opportunities to pursue and for responding to the various forms of changes. Local, national, and regional politics imbue all discussions and decisions.

Climate change and its impacts cannot be separated from other issues or contexts. Dealing with climate change and its impacts also creates benefits for other issues. (For more on co-benefits of mitigation, see Angle article by Paolo Vineis10). For instance, health can be improved through renewable energy creating cleaner air and water and through moving infrastructure from eroding coasts which reduces casualties from coastal floods11. Climate change sits within the wide scope of social and environmental sustainability, which is the ultimate goal for the Arctic and the rest of the planet.

When referencing this article, cite as follows:
Kelman, I. (2015, Sep). Living above the Arctic Circle: The impact of Climate Change in remote regions. Angle Journal. Retrieved from http://anglejournal.com/article/2015-09-living-in-the-arctic-circle-the-impact-of-climate-change-in-remote-regions/

Ilan Kelman is a Reader in Risk, Resilience and Global Health at University College London, England and a Senior Research Fellow at the Norwegian Institute of International Affairs, Oslo. His overall research interest is linking disasters and health, including the integration of climate change into disaster research and health research.