Labour, the workplace and development in the twenty-first century 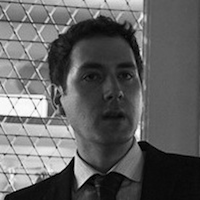 Economic and development measures such as Gross Domestic Product (GDP) and Total Factor Productivity (TFP) have been well-known to specialists in Britain and elsewhere for decades. Labour productivity is a core component of both measures, although perhaps it shouldn't be. Recently, UK policy specialists and academics have been developing more sophisticated measures of social and economic activity in response to emerging economic and environmental challenges. This article compares and contrasts these proposals, and suggests that, in tandem with the decline in manual work in both developed and developing economies, labour productivity be diminished in our measurements of developmental success.

Policymakers, economists, and social scientists deploy a wide range of indicators and measures in order to monitor and evaluate society, economics, and the implementation of policies. The most famous are quantitative and financial, in particular Gross Domestic Product and Total Factor Productivity, and substantial scholarly works exist on the origins and utility of these measures1.

Currently dominating discussions in the UK, but also echoed across the European Union and the Western World more broadly, is the mystery of the ‘productivity puzzle’; the fact that productivity per man-hour has not continued to increase at the rate it had been increasing prior to the financial crash of 2008. Many solutions have been posited to resolve this issue, from the up-skilling or retraining of employees, to examining the ‘micro-productivity’ of employees in clerical or retail work, or evaluating economic activity which is not presently included in present financial analyses, such as small, informal internet businesses and the black market.

The length and depth of the UK ‘productivity puzzle’ has given rise to some interesting recent proposals, and it is those which we shall compare and contrast. We will also consider the less-discussed issue of de-measurement – in relative or absolute terms – of older factors which no longer serve their purpose. Most of these proposals focus, understandably, on the workplace, and the place of labour productivity relative to other indicators, and therefore so shall we.

Work is at the core of this contested terrain and it is, as it has been for some time, a focus of great political and cultural debate2.

Jeremy Hunt, the British Secretary of State for Health, declared at the Conservative Party conference in October 2015 that the UK is 'going to be a country that is prepared to work hard in the way that Asian economies are prepared to work hard, in the way that Americans are prepared to work hard. And that is about creating culture where work is at the heart of our success’3. Hunt's speech produced a great deal of journalistic response, usually negative, which reminded readers that increasing workload volumes and working hours can, due to fatigue, stress and boredom, actually have a deleterious effect on work performed. Moreover, some commentators attached Hunt's comments to deeper critiques of twentieth-first century Britain's social and economic problems. One example was the New Statesman's Helen Lewis, who, responding to Hunt in The Guardian, riposted that 'let’s have a rest – a rest from the idea that there’s something morally superior about overwork, and that the highest human calling is to be a perfect cog in a capitalist machine’4.

As Hunt and Lewis' remarks indicate, the issue of work and workloads is very much a topic about which many commentators, particularly politicians and journalists, have strident opinions. Indeed, British policymakers and journalists remain keen to analyse Britain’s ongoing workplace ‘productivity puzzle’5. The issue of working hours, and their relationship to output and productivity are of course important, and have also been the subject of much popular and scholarly attention6. Less discussed in the media and policy circles are the ways in which we analyse, measure, and perhaps most importantly, compare different kinds of work, plus the ways in which these measurement methods have widely diffused and proliferated as part of global development programmes. This issue is important as these measurements have Western origins, sometimes in certain countries and quite specific companies, but have now been exported to much of the developing world too.

These measurement methods have very deep historical roots7. Indeed, scientific researchers have long been interested in the optimum hours of work, with historians of Britain such as Steven Kreis and Arthur McIvor tracing this focus back to World War One or even earlier8. Similarly, the measurement of labour efficiency and labour productivity (and the debate about the relations between the two terms) in the UK goes back many decades, also arguably even a century or more.

If not labour, what should we be measuring?

Metrics designed to capture labour productivity typically do not actually measure physical labour, but the ability of humans to convert time, resources, skills, intelligence, and emotional effort into products and services with value. So perhaps better measurement methods, or at least better-named measurement methods, should be deployed to clear up any confusion. And, with the emergence of new factors such as climate change, raw materials shortages and 'big data', the debate about its limitations has stepped up a gear.

The Fabian Society, a UK liberal, social democratic thinktank, recently released a report entitled Measure for Measure, which correctly points out the importance of the defining, and perhaps redefining, success while also working out how to optimally measure it. The authors advocate twenty new measures which

Reflect two overlapping priorities: the need for a more sustainable, long-term economic model; and a commitment to broader-based, more equitable growth. At their core is an overall headline measure of British economic success – rising prosperity for typical families, measured by real median incomes.

The authors define 'shared prosperity' as the 'headline measure of success', with the other nineteen indicators split between 'long term sustainability', 'income equality', 'sustainable growth', 'the labour market', and 'wealth and housing'.

Synchronously, arguments with some similarities have been made by the Conservative Party 2020 Productivity and Efficiency Group, established in 2013. In their final report, Sweating our Assets (2014), the group advocate measuring the utilisation of resources such as raw materials which would, the group argues, provide more useful and profitable data than extant measurement methods. Envisioning a more extensive global measurement matrix than the Fabian Society approach, the group proposes to examine global supply chains which feed into largely service-based Western economies.

Whether the group advocate de-measuring labour productivity altogether, or whether they are proposing to side-line it relative to other measures, is not clear. What is clear, however, is that among influential policy thinkers there is a converging consensus that the methods and goals of economic measurement methods need to be realigned to suit modern needs.

Happiness and the boundaries of the workplace

It is possible to be positively metaphysical about this issue, and some are. A newer metric, happiness, has come to prominence in recent years.

Leading the way in the UK, the Conservative-Liberal Democrat coalition of 2010-15 introduced indicators related to increasing national well-being, such health, environmental impact and personal expenditure10. This focus on happiness is, to some extent, in line with such organisations as the New Economics Foundation (NEF), a London-based think tank who advocate shortening the working week to three days and redefining 'work' as something that one also does in one's domestic and family life11.

In addition, there are contrasting positions to the foci of both the government and the NEF on the issue of happiness. The main one, advanced in this article, is that it does not remove or displace economic indicators: aspects of our working lives remained governed by economic performance measurements, whereas other aspects go unconsidered.

Indeed, there are also those who dispute the NEF with a counter-metaphysical approach. William Davies14 has recently argued that there are additional important, almost sinister, features of performance measurement: the ‘calculative tentacles of measurement’ are not in themselves ideologically neutral or objectively scientific and can, in effect, be annexed by both state and private employers to serve the ends of those institutions rather than the individuals being measured. This may lead to those measurement processes having very different outcomes from those which were initially intended, no matter how well-intended the initial efforts.

Work as a global issue

Globally, the composition of output and wealth, and the nature of work, is changing.

In this post-war era, as the manufacturing and agricultural sectors chase low labour and land costs, most highly developed and wealthy economices have shifted towards reliance on higher-profit services like finance, software development, office work, education, retail, and personal services. Even China, once seen as a manufacturing powerhouse, has begun a transition towards services with plunging output, and growing retails sales, over the past year12.

Furthermore, there is emerging evidence that traditional work often doesn’t pay as well as it should. As Thomas Piketty observes in his manifesto Capital in the Twenty-First Century (2014), a feature of today’s Western economic system is that it’s easier to profit by exploiting one’s capital (rent, dividends, interest, and so on), than to earn money through labour (wages, salaries, and the like)13. The core of Piketty's argument is that labour ought, in order to reduce inequality, to receive more returns than capital; at least in relative terms. But we can also infer from Piketty's argument that measuring labour inputs also matter less than they used to, let alone basing larger economic measures on labour inputs.

Finally, there remain deep, philosophical, ethical and economic questions as to what constitutes work, particularly paid work, and where the boundaries lie between the workplace and the home. This point is becoming increasingly important as digital technology continues to erode work-life boundaries, and many paid jobs become casualised, fragmented, and outsourced. We should take this moment as an opportunity to recast what we consider the purpose of work to be, and to continue the worthy project of ensuring our updated measurement, evaluation and comparison methods serve the people and goals that we consider to be most important. It may be unusual for a historian to posit the abandonment of historical precedent, in this case the measurement of labour productivity, but sometimes a historian may have some good insights into ascertaining when the old has run its course.

Dr Michael Weatherburn has a doctorate from Imperial College in which he researched F.W. Taylor-inspired industrial work measurement systems implemented by external and internal consultants in the twentieth-century British manufacturing sector, as well as responses by governments, the state and trades unions to these practices. He was Oxford University's Byrne-Bussey Marconi Fellow from 2013-14 and delivered the 2014 Marconi lecture. He now teaches the development of economic ideas and the history of industry and technology at Imperial, where he has supervised over twenty research dissertations. He is Chair of the Oxford branch of the Fabian Society and is the British member of the Next Left Focus Group at the Brussels-based Foundation for European Progressive Studies.