The Digital Revolution: Why do you Google?

There is no such thing as unbiased search results. 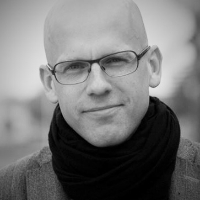 Why do you Google? Why is Google the search engine of choice for you?

Interestingly, most people give the same three answers. One, "Because it works," which is a great answer; Two, "I really don't know of any alternatives", which is not an equally great answer since if you Google the term 'search engine,' you will find a couple of interesting alternatives. And thirdly, inevitably, someone will reply, "With Google, I'm certain to always get the best, unbiased search result."

We often forget the basic principle behind each search query. Whenever you set out to Google something, start by asking yourself this: "Am I looking for an isolated fact?" Simple examples of an isolated fact may be 'What is the capital of France?' or 'What are the building blocks of a water molecule?' Great – Google away. Scientists of the world agree. Paris. H2O. We don’t have a group of brilliant thinkers close to proving that the capital of France is actually London. There is no big H3O conspiracy out there. We agree, simply put, at a global level, on what the answers are to these questions.

But if you complicate your question just a little bit and ask something like, "Why is there an Israeli-Palestine conflict?", you're not looking for an isolated fact anymore, you're looking for knowledge, which is something way more complicated and delicate. And to achieve knowledge, you have to bring 10 or 20 or 100 facts to the table and acknowledge them. Further, you have to acknowledge that whoever is reading these facts, depending on whether they’re young or old, black or white, gay or straight, each individual will value them differently, and place more importance on one fact over another.

This is where it becomes interesting. This is where we become human. This is when we start to argue. And to really get somewhere, we need to filter all our facts, through friends and neighbours and parents and children and co-workers and newspapers and magazines, add our own analysis and thinking, and then, finally be able to say that we are grounded in real, objective knowledge. A search engine is a poor aid to achieve that.

For example, when you search for "Michelle Obama," the First Lady of the United States, you will find a page of perfect results. All correct, all relevant. Google uses a lot of technology to produce this perfect result. First, it registers the caption underneath the picture on each website. If it says, “Michelle Obama” that is usually a pretty good indication that it is actually her in the image. Second, Google looks at the name of the file that was uploaded to the website. Again, to verify that it is named "MichelleObama.jpg" or something along those lines.

In 2009, Michelle Obama was the victim of a racist campaign, where people set out to insult her through her search results. There was a picture distributed widely over the Internet where her face was distorted to look like a monkey. And that picture was published all over, very purposefully to get it to rank highly in the search results. All they had to do was make sure to write “Michelle Obama” in the caption, and to upload the picture as “MichelleObama.jpg”. All this, of course, to manipulate the search result.

And it worked. When you picture-Googled for ”Michelle Obama”, that distorted monkey picture showed up among the first results.

But the results are self-cleansing. Google measures relevance every hour, every day. If the picture is not being uploaded, linked to, talked about – the algorithm will soon rank it as less relevant. Google could have decided to just sit back and wait a month or two, for the picture to sink through the list. However, Google didn't settle for that this time. They decided that the picture was racist, and a bad search result too, and that made it worth cleaning up manually.

But then, a couple of years go by, and the world's most-Googled Anders, Anders Behring Breivik, on July 22 of 2011 – a terrible day in Norwegian history - blew up a government building in Oslo, Norway and then travelled to the island of Utøya and shot and killed a group of kids. Almost 80 people died that day.

A lot of people would describe what happened as an act of terror in two steps: he blew up the buildings and he shot those kids. But that would not be accurate. It was an act of terror in three steps: he blew up those buildings, he shot those kids – and he sat down and waited for the world to Google him. And he prepared all three steps equally well.

If there was anybody who immediately understood this, it was a Swedish web developer, a search engine optimization expert in Stockholm, named Nikke Lindqvist. He is a political man, and he immediately realised that what this terrorist wanted, at that moment, was to control the image of himself. In response, Lindqvist wanted to demonstrate that we have the power to distort that image, that in the civilised world we can protest against what he did, we can at the very least interfere with step three, by insulting him in his search results.

He told all of his readers the following:

And it worked. If you picture-Googled for him weeks after the July 22 events, from Sweden, you'd see that picture of dog poop high up in the search results. As a little protest. Strangely enough, Google didn't intervene this time. They did not step in and manually clean the search results.

And herein lies the problem. An evaluation of a person takes place and there is only one power-player in the world with the authority to make that judgement. Whether it is “We like you, we dislike you. We believe in you, we don't believe in you. You're right, you're wrong. You're Obama, or you're Breivik.”

That's power if I ever saw it.

Internet users of the world need to remember that behind every algorithm is always a person, a person with a set of personal beliefs that no code can ever completely eradicate. To all believers in the faith of code around the world: You need to identify your own personal bias. You need to understand that you are human and take responsibility accordingly. It is absolutely imperative that we tie those bonds between the humanities and the technology together again. Tighter than ever. If nothing else, to remind us that that wonderfully seductive idea of the unbiased, clean search result is, and is likely to remain, a myth.

When referencing this article, cite as follows:
Ekström, A. (2016, May). The Digital Revolution: Why do you Google?: There is no such thing as unbiased search results.. Angle Journal. Retrieved from http://anglejournal.com/article/2016-05-the-digital-revolution-why-do-you-google-there-is-no-such-thing-as-unbiased-search-results/

Andreas Ekström is a Swedish journalist, author and speaker. His main focus is the digital revolution – but rarely discussed from a technical perspective.