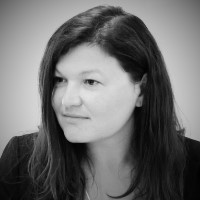 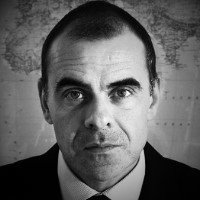 As climate change affects health, so it will have knock on effects for human mobility. Health crises may be a driver for displacement; migration is often a response to disparities in development generally; and more specifically some people move to take advantage of better healthcare elsewhere. Equally migration, which is expected to increase significantly as a result of the effects of climate change, has health consequences, whether positive through enhancing investment in healthcare systems, or negative by becoming a vector for disease.

Despite the interconnected effects of climate change, health, and migration, there is a lack of cross-cutting research and integrated forecasting. There is also a need for greater conceptual clarity, distinguishing for example causes and consequences, direct and indirect effects of climate change, and discerning the influence of climate change from other factors. Finally, there is a clear policy implication for greater coordination between policy across a range of realms, at the local, national, and international levels. Otherwise the risk for unintended consequences is high.

It has been estimated by the World Health Organization (WHO) that by 2030 climate change may cause up to 250,000 additional deaths per year and damage health at an estimated cost of US$ 2-4 billion per year1. The 2015 Lancet Commission on Health and Climate Change identifies three ways that climate change may impact health. One is greater health risks such as injuries, respiratory diseases, and poisoning resulting from extreme weather events such as storms, floods, heat waves, fires and drought. Second, there may be indirect effects arising from the way climate change may impact water quality, air pollution, land use change and ecological change, manifested for example in cardiovascular disease, infectious disease, undernutrition, allergies and mental illness. Third, the Commission highlights that these impacts are likely to be uneven, and to vary for example by age and gender, health status, socioeconomic status, social capital, public health infrastructure and mobility and conflict status2.

Although under-researched, there is evidence that the types of health consequences envisaged of climate change are already a driver for migration. In the midst of the SARS crisis in 2003, for example, it was estimated that one million people temporarily fled Beijing. In the early stages of the H1N1 pandemic in 2009, it was reported that hundreds of thousands of people left their homes in Mexico. A cholera outbreak in Zimbabwe in 2008-09 drove tens of thousands of people across the border into South Africa.

Care needs to be taken in interpreting these data: most migration was local and short-term; rarely was the health crisis the only driver for migration; and in some cases people responded more to the perception than the reality of a health crisis. There have also been many health crises that have not apparently resulted in mass migration, especially where International Health Regulations (IHR) have been effectively implemented. Nevertheless it is easy to envisage that more, and more acute, health crises as a result of the effects of climate change may have migration outcomes.

Health conditions are linked with migration patterns in other ways too. In general disparities in development are one of the main drivers for migration worldwide; and a lack of access to good healthcare is often cited by migrants as one reason why they moved. Ill-health can be an important reason to move, in order to try to gain better prospects for treatment or survival. Health workers may join the so-called ‘brain drain’ to move to countries where they can realize better career prospects and earn more.

Understanding the implications of climate change for migration is as fraught as understanding its implications for health. There is little consensus on how many people may be forced to relocate as a result of climate change and its effects and over what time period – estimates vary from 50 million in the next 25 years to as many as one billion by the end of the century. While it is likely that most pressure to relocate will be in poorer states already under environmental stress, where those displaced may move to and for how long remains debated. Nevertheless, it is generally agreed that the effects of climate change will displace a large number of people from their homes, whether as a result of rapid onset events such as floods, or slow onset events such as desertification. This is most likely in areas under environmental stress, such as Bangladesh or Jordan, but the effects will also be exacerbated by poor governance and insufficient infrastructure. At least some of those displaced will be susceptible to disease and ill-health.

As noted by the Lancet Commission, mobile populations may be particularly susceptible to poor health, for example as a result of crowding and unsanitary living conditions in refugee camps. One example is a large cholera outbreak in 1994 in Goma, in the eastern part of the Democratic Republic of Congo, where up to 800,000 people fleeing Rwandan genocide lived in a refugee camp with little sanitation or safe water. Within the first month of arrival, between six and ten percent of the camp population, close to 50,000 people, had died from cholera, one of the highest mortality rates ever documented in a health crisis. Other examples include an outbreak of measles in Darfur in 2004, and more recently an outbreak of polio among Syrian refugees. There are concerns – as yet unrealized – that the onward movement of some of these refugees for example into Europe may spread polio. Outbreaks such as these could have been prevented or mitigated through basic public health measures such as provision of safe water, sanitation, and vaccines.

Lacking a Framework for Analysis

Significant gaps remain in our understanding of the implications of climate change for either health or migration, and in particular the linkages between these two variables and how these linkages will be influenced by the dynamic of climate change. While it is important to post reservations, and guard against generalizations, especially on a topic as politically sensitive as migration, existing research clearly indicates that the effects of climate change on health may be exacerbated by migration, while health crises may compound climate change drivers for migration.

One implication is the need for a more comprehensive and integrated research agenda on the effects of climate change. Beyond health and migration, such an agenda would focus on associated issues such as conflict, food and water security, trade and commerce and so on. Critically, understanding how changes in one realm may exacerbate, or perhaps be ameliorated, by knock on effects elsewhere, is a serious modelling challenge. The predicted effects of climate change on conflict, or food and water access, for example, are all in turn likely to compound displacement. Equally migration may alleviate pressures on health systems, agriculture, labour markets and so on.

In essence, a better conceptual framework is required. Such a framework should allow us, for example, to understand whether climate change will result in new patterns and processes of migration and health, or simply expand or accelerate existing trends. Similarly, we need to be able to distinguish the effects of climate change from other influences and drivers. It is also important to distinguish causes from consequences, and direct effects from indirect effects.

As a result of a lack of an integrated research agenda or firm conceptual framework, the policy response is disjointed. Clearly, tackling climate change is high on the international agenda with the forthcoming Paris climate change conference. Equally, the current European refugee crisis has escalated policy attention towards managing migration, while the Ebola crisis last year similarly focused attention on global health security. While the policy response to each of these challenges in isolation is strengthening, there is very little coherent policy action on the combined effects.

A number of initiatives consider a combination of two of the three factors. For example, the Nansen Initiative launched in 2012, aims to build consensus among states about how best to cope with displacement as a result of climate change. International Health Regulations mitigate against restricting migration as a response to the outbreak of health crises. The Lancet Commission referred to previously provided policy recommendations to reduce the potential health consequences of climate change. But we know of no policy initiative that tries to integrate a response to all three challenges, let alone the myriad other issues that relate to them.

There is a very significant risk of unintended consequences, as policy interventions to mitigate the effect of climate change in one realm may have knock on effects elsewhere. For example, the main thrust of current initiatives to respond to the risk that the effects of climate change may displace people is to support adaptation in place. But what might be the implications of a greater concentration in an increasingly fragile environment for health security? The prospect of climate change certainly demands greater coordination within government at the local and national levels, as well as internationally.

Khalid Koser is Associate Fellow at the Geneva Centre for Security Policy and also with the Centre on Global Health Security at Chatham House.