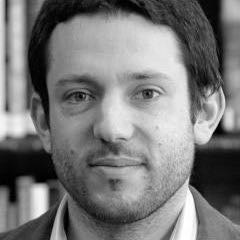 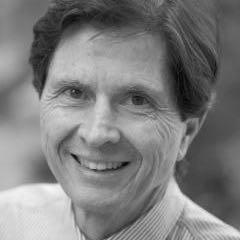 Ebola virus has affected Africa since the mid-1970s, with all previous outbreaks controlled using containment methods based on rapid identification of infected individuals and their contacts. The magnitude of the 2014 West African outbreak has motivated the international community to consider experimental treatments as part of the response. While there is now consensus that the use of such treatments is ethical, there remains much debate about how clinical trials testing these treatments should be designed. Preferably, designs should identify the best potential treatments as rapidly as possible, while maximising the number of individuals for whom receiving such treatment is at least likely to be a better option than no treatment at all. However, since the Ebola virus does not circulate in human populations outside of sporadic outbreaks, there is little opportunity to study the benefits and risks of such treatments leading to distinct practical and ethical challenges.

In 1976, in a rural area of Northern Zaire (today Democratic Republic of Congo, DRC), an outbreak of viral haemorrhagic fever caused by a previously unidentified organism killed 280 of the 318 affected individuals1. The causative virus was later called Ebola, after the name of a local river.

Between 1976 and 2013 the Ebola virus infected 2387 individuals and killed 1590 in 24 distinct outbreaks1. All outbreaks were controlled within a few months, using the same strategy: first, rapid identification and isolation of cases with protection of health workers and rigorous infection control; second, identification of contacts of cases and monitoring them for any signs of disease for a 21-day period; finally, educating the community to understand the importance of prevention with safe patient transport, safe burial and household decontamination.

In its most common African rural setting, there are two specific characteristics that help prevent large scale spread of Ebola virus. First, when people become sick their health deteriorates rapidly and they are unable or unlikely to travel. Second, transport infrastructure in rural Africa is generally poor, decreasing the volume of travel between communities. In addition, rural communities typically have village elders or chiefs with authority over their community who are able to communicate and implement behaviours reducing the risk of transmission of the disease. As a result, past outbreaks of Ebola have remained localised and of limited global impact.

However, the outbreak currently devastating West Africa has changed the way we think of Ebola. Once considered a disease affecting remote rural African communities with limited potential for spread, it has now become a regional threat, killing thousands in major urban centres. The current outbreak has spread to eight countries and killed over 4 times more people than all other previous Ebola outbreaks combined. In fact, the outbreak has become so widespread that the logistics, materials and human resources required to implement the previously reliable containment strategy have challenged the capacity of the international community. This has led to the consideration of using experimental treatments, in the hope that this will help get ahead of the epidemic curve.

The quest for a treatment
Research on treatment for Ebola started in the early 1980s2 but until 2014 research remained confined to animal models. There are several categories of treatment under investigation: products based on antibodies capable of neutralising the virus, either engineered or extracted from the blood of survivors; vaccines to prevent infection, and drugs that interfere with viral replication2. However, beyond commercial considerations for the pharmaceutical industry, developing vaccines or treatments for Ebola presents one major challenge: except during outbreaks, the Ebola virus does not circulate in human populations, thus there is no way to study these potential treatments and vaccines. Until the 2014 West African outbreak, there was no sense of urgency to test experimental treatments because Ebola outbreaks were localised and rapidly controlled.

In 2009, in a maximum-security laboratory in Germany, a laboratory worker had an accidental needlestick injury from a syringe that contained Ebola virus3. Although there was no approved treatment for Ebola, she received an experimental vaccine that was showing promising results of preventing infection in primates3. She did not develop the disease, but it is not possible to know whether this was a result of the vaccine she received, whether she would have remained asymptomatic, or even whether she was infected by the laboratory accident. In the 2014 West African outbreak, as early as July 2014, infected healthcare workers received ZMapp4, an experimental treatment of monoclonal antibodies. Of those who received the treatment, some survived and some did not. However, because they were not given the antibody preparation as part of a controlled clinical trial, it is not possible to know whether those who survived did so because of the treatment or whether they would have lived anyway.

The traditional study design used to determine with certainty whether a drug is effective against a disease is the randomised control trial (RCT) whereby a group receiving the treatment is compared with a control group in terms of outcomes. This design is considered the gold standard for testing new drugs, but it is not without risks and challenges.

Clinical trials during an outbreak: the right thing to do?
There has been much debate about the ethics of using experimental treatments for Ebola. However, as has been the case with other life-threatening diseases - when no treatment alternatives exist – experimental treatment is both ethically acceptable and routinely done, for example on patients with advanced cancer who have exhausted treatment options4. There are therefore precedents for using such treatments.

Clinical trials for Ebola candidate therapies are necessary to determine whether they are effective or not. However, this presents ethical challenges. For instance, knowingly giving placebos to severely ill people appears to be unethical. However, not measuring accurately whether a new treatment is effective or harmful is problematic, since experimental treatments can cause potentially severe or life threatening side-effects. In addition, using untested treatment candidates may give false hope in the event that an intervention is not effective. For a person who is infected, the choice between a disease with an extremely high mortality rate and a treatment for which the effect on humans is unknown is not an easy one.

On August 6th 2014, three Ebola experts published an editorial in the Wall Street Journal arguing in favour of the use and study of experimental Ebola treatments in West Africa5. Shortly afterwards, the WHO announced it would convene a panel of medical ethicists to explore the use of experimental treatments in the on-going Ebola outbreak6. On September 12th, the WHO declared it was “ethical to offer unproven interventions with as yet unknown efficacy and adverse effects, as potential treatment or prevention […] providing certain conditions are met”6. These conditions include transparency, informed consent, freedom of choice, confidentiality, respect for the person, preservation of dignity and involvement of the community, as well as ensuring any treatment used was evaluated “in the best possible clinical trials under the circumstances”6. Since then clinical trials for several experimental treatments have begun, including trials of convalescent plasma (plasma from the blood of survivors) and antivirals in Guinea7.

How (not) to run an Ebola clinical trial
While it is agreed that experimental clinical trials should commence, there is still debate over how to rapidly test their safety and efficacy. One argument against using traditional RCTs in this context is the extremely high mortality and poor prognosis associated with the standard, supportive treatment8. Since the background mortality associated with the standard treatment is known from data from treatment centres, trials whereby all participants receive treatment, and the outcome is rapidly compared with the known baseline mortality, can be envisaged. This may be particularly suitable because the time from being sick to the outcome, either death or survival, is short, a matter of days or weeks at most. By simultaneously testing several treatment candidates this way we could therefore rapidly know whether treatment candidates show potential benefit (or cause harm) and use the best candidates in more rigorous trials, where one half receives one candidate drug and the other receives another. Analysing interim data at regular intervals could also lead to adapting the trial design if early positive results are seen, in order to maximise the number of people receiving some form of treatment with at least the possibility of a better outcome.

Since the background mortality associated with the standard treatment is known from data from treatment centres, trials whereby all participants receive treatment, and the outcome is rapidly compared with the known baseline mortality, can be envisaged

The second objection to RCTs in this situation is whether in such a context it is possible to apply the strict conditions these types of trials require8. Proponents of RCTs in the Ebola outbreak argue that using them will create the strongest evidence base, allowing us to know with more certainty which drugs are best used, in the current and future outbreaks9. This is particularly true with drugs in short supply, since compared with other designs, RCTs require less people to receive the treatment to detect any positive effect of that treatment.

Regardless of the trial designs, persons entering a clinical trial must consent to receiving the treatment and understand the risks of receiving experimental treatments, including potential adverse outcomes. This may be a challenge with a disease that instils so much fear in infected individuals and their relatives. Organisations running trials must ensure completely open and transparent communication in order to minimise fear, suspicion and resistance from the population.

Not a magic bullet
Clinical trials, however, should not be seen as a substitute for classic containment measures. These measures have proved effective in the past when rigorously applied, and have shown some success in the current outbreak, where the number of new cases has decreased in certain parts of the affected West African countries.

At the same time as the 2014 West African Ebola outbreak, a less mediatised, concurrent but unrelated Ebola outbreak in DRC was in fact stopped using these same standard containment measures. We should also remember there is no certainty that treatments currently being studied will be effective: only 10% of molecular entities developed by pharmaceutical companies become commercially available treatments10. There is also a strong possibility that even with fast-tracking clinical research, we will not have all the answers about the current experimental treatments’ suitability by the end of the outbreak. Nevertheless it means that these new treatments may be available for future outbreaks. The current debate also helps focus on future ethical dilemmas around the use of these drugs in crises to come.

Experimental treatments are unlikely to stop the West African outbreak outright. They are a complement, rather than an alternative, to traditional containment methods which remain the main focus of the response. However, they must be studied so that their role in current and future outbreaks can be understood and utilised appropriately.

Michael Edelstein is a medical doctor specialised in field epidemiology, currently a research fellow at the Centre on Global Health Security, Chatham House. He has worked in routine and emergency contexts with national and international public health organizations in Europe, Africa and South East Asia, most recently in Liberia as part of the response to the West African Ebola outbreak.

Prof. David Heymann CBE is the Chairman of the Board of the UK Health Protection Agency (HPA) and is the Head of the Centre on Global Health Security at Chatham House. Prior to his appointment to the HPA in 2009, Dr. Heymann was the World Health Organization's (WHO) Assistant Director-General for Health Security and Environment. Before joining WHO, Dr. Heymann worked for 13 years as a medical epidemiologist in sub-Saharan Africa on assignment from the US Centers for Disease Control and Prevention (CDC).