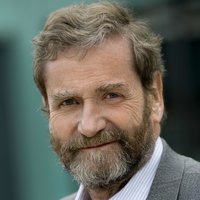 Science in general, and astronomy in particular, have had, and still have, a deep impact on our world view. Probing the origins of the universe, astronomy has not only revolutionised our understanding of time and space, but also driven the development of the practical technology fundamental to modern life. This lifestyle has, however, had an enormous impact and our planet is now facing critical challenges.

Scientists have an important responsibility in helping societies respond and thrive within this new reality. Developing links between science and policy must be pursued with vigour. This is an institutional endeavour. But building mutual trust is also a personal quest.

We, physicists, astronomers and scientists in general, are regularly asked - in more or less sympathetic words - why we spend our time and taxpayers’ money in fundamental research when the earth and its human inhabitants require the attention and efforts of all. We rightly respond that satisfying curiosity is a deep necessity attached to the human condition. Depending on our mood or personality we expand with more or less passion on our science and its influence on culture. We might also include elements of technological development, innovation and the like.

Looking at astronomy from this perspective it is easy to argue that models of the universe, and in particular the introduction of the Copernican view of the solar system, contributed in an essential manner to the modern “Weltbild” (world-view in German). It is also true that modern astrophysics continues to shape our view of the world. Observations of the sky have revealed a universe in which objects change on all time scales, from considerably less than a second to years, centuries or millennia. Quasars emit as much light as whole galaxies, but their luminosity changes at rates that are commensurate with switching on or off tens of thousands of suns per second. Gamma ray bursts emit radiation that approach the energy equivalent of the mass of the Sun in a fraction of a second. Pulsars can tick as frequently as several hundred times per second. Many of these sources turn on or off in a matter of weeks.

We had discovered that change is not confined to the sub-lunar world, but is the rule rather than the exception in both the galaxy and the universe. This is in strong contrast to what one experiences when looking at the night sky with naked eyes. Humans have been impregnated over centuries and millennia by the serenity and immutability of the night scene and therefore shaped the collective view that projected the present onto eternity. An idea that persisted so deeply in the twentieth century that Einstein modified his gravitation equation when it was noted that the original one had no solution that allows a non-evolving Universe.

Science thus continues to provide essential elements of our culture. Equally true, science is a technological and innovation mover. Requirements for astronomical instruments in terms of precision, extraction of a maximum of information from a weak signal, but also the fact that these instruments must function in the most hostile environments; space, deserts, the Antarctic, induce engineering feats that impress. This, in turn, leads to the mastering of techniques that are fruitfully used elsewhere in society.

Similar stories can be told in the frame of other sciences: biology has fundamentally influenced our view of ourselves, but also led to our leading longer and healthier lives. The list of sciences, be they natural or human, that shape our culture and our lives is as diverse as human knowledge.

Science is Part of the Solution

Science has led mankind to mastering its environment in such a way that it now has a profound influence on the properties of our planet. This brings an important responsibility to modern scientists. In a time when some use the word anthropocene2 to illustrate the fact that human activity shapes the world in many of its physical and chemical characteristics, this responsibility is enormous and goes much beyond the simple sharing of results. Scientists spend their lives around knowledge. They create it, assess it, teach it, discuss it, share it. This gives them the tools that are needed to bring the available knowledge into those who take decisions that will shape an acceptable future for the world population.

The body of knowledge that must be rendered accessible to those who have often little or no scientific background is enormous. To take the example of climate: in order to estimate its evolution, the physics of the atmosphere must be understood, which includes the interactions between air and sea or continents, the formation of clouds and the possible influence of cosmic rays. All these effects must be mastered if we are to take the decisions that will lead to stable and tolerable climatic conditions. Nutrition, agriculture, health are all domains in which rich bodies of knowledge must be mastered in decision-making circles.

The interface between science and society is a delicate one. People on both sides have little interaction. Their school paths, their way of thinking or acting, their behaviour codes differ. Science is complex; it is prone to uncertainty. New knowledge needs time to resonate and extend the pre-existing science. Interests - economic, political and geo-strategic - at play are often immense. All of these obstacles must be overcome for modern science to truly contribute to decision-making processes.

Science academies are responding to the challenge. Frequently re-organised over previous years and decades, they seek contacts with the political world and with society in general. They synthetize relevant knowledge and attempt to transfer it where and when they think it is useful. Academies and scientists in general are learning to speak and write in ways that can be read, understood and integrated by citizens.

Scientists also learn, not always easily, to listen to society and to translate the words they hear into a language that is appropriate for research. And the efforts of scientists and academies do bear fruit. EASAC, the European Academies Science Advisory Council3, for example, is gaining influence within the European Union (which is keen to see as much solid evidence as possible shaping its policies). But there is much progress to be made before a natural dialog between science and policy has established itself.

Steps along this path are often discussed in institutional terms. Procedures have been established, for example, within the European Commission to channel science information into the design of policy, or to assess formally the effect of policies. Conferences discuss the science-society interface. Institutions are established to foster this communication. Scholars write papers like the one you are reading. This is all good and necessary, but it is most probably not sufficient.

Fears must be overcome, personal trust must be generated, personal contacts must be established, friendships crossing the boundaries between the political and the science worlds should exist. This cannot be ordered, but frameworks can be created where these communities meet.

Stipend schemes that allow young scientists to spend months or years in administration and governments are one such tool4. Pairing of political staff with scientists for more or less regular cross-visits in offices and laboratories are another one. Places - coffee houses, restaurants and bars - where people of these worlds can meet must be created. The cafeterias of research institutes far out of cities or within government buildings are of no use in this frame.

Such efforts should be vigorously pursued until so much permeability has been achieved that these two worlds mix naturally and with ease. This requires time for individuals to meet and get to know one another, but also to allow scientists and policy actors to diffuse in each other’s worlds. So that, for example, scientists find naturally their way into political circles. This is time well-invested not only for society in general, but also for individual scientists and politicians, because contacts between people thinking and acting differently are an enrichment.

The importance of mutual knowledge for the good of the continent and the planet is clear. Bridging the gap between science and society is not a sufficient condition for the harmonious development of the world civilizations, but is a necessary condition. It is also a possible endeavour5.

When referencing this article, cite as follows:
Courvoisier, T. (2017, Nov). Crossing the astronomical divide between science and policy. Angle Journal. Retrieved from http://anglejournal.com/article/2017-11-astronomy-science-and-policy-in-our-societies-1/

Thierry J.-L. Courvoisier is an astrophysicist. He studied theoretical physics in Zurich where he obtained a PhD. His research has been devoted mainly to high energy astrophysics. Thierry J.-L. Courvoisier has been president of the Swiss academy of Natural Sciences, the Swiss academy of Arts and Science and the European Astronomical Society. He is now president of EASAC, the European Academies Science Advisory Council whose role is to provide science advice to the European Commission.