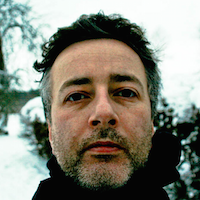 Earth has crossed a threshold leaving behind the relative stability of the Holocene, the geological epoch of the last 11,000 years, and entered the Anthropocene, an altogether less predictable epoch where the dominant drive of change is us, human beings. In this new era, humans are changing the carbon, water and nitrogen cycles. We are becoming responsible for the functioning, health and stability of Earth's life support systems. With many systems flashing red, just recently humanity has started to step up to this challenge. ​

Humans are social animals. But unlike wolves, dolphins, and chimpanzees, we exist in societies of thousands, millions, and, in our megacities, tens of millions. According to the historian Yuval Noah Harari in his eloquent book Sapiens: A Brief History of Humankind (2015), what binds us are our narratives. Religious texts and the narratives that provide us with national identities have helped create tribal bonds, giving rise to our unprecedented ability to cooperate in large numbers. If a tribe does not buy into its grand narratives, large-scale order collapses.

Today, a narrative is emerging that can help us understand who we are as a globally integrated society. Its title, “the Anthropocene,” refers to the proposal that Earth is in a new phase. It has left the boundaries of the Holocene epoch, a state with a mellow, predictable climate that for 11,000 years allowed agriculture to emerge and civilizations to flourish, and entered the Anthropocene, a less predictable epoch driven by human activities.

Researchers continue to debate when, exactly, we crossed this threshold. But it is unquestionable that in the Anthropocene, humans have a new responsibility for the functioning and stability of Earth’s life support system. Along with climate (were that not enough), Homo sapiens’ actions are affecting biodiversity, the water cycle, the ocean’s biogeochemical cycles, the ozone layer—the list goes on.

The Anthropocene is up there with Copernican heliocentrism and Darwinian evolution as a revelation powerful enough to turn everything we thought we knew about our world on its head. Yet this narrative has been almost entirely unknown outside esoteric academic disciplines. In the last few years, however, we are seeing a change as science centers, academics, and artists have started to use the concept of the Anthropocene as a way of exploring our world today.

Many trace the origins of this important term to a small meeting room in Cuernavaca, an hour south of Mexico City. Back in 2000, a group of Earth system scientists congregated there for an obscure, private meeting of the International Geosphere-Biosphere Programme (IGBP1). The story goes that during presentations describing the scale of change in the Earth system during the “late Holocene,” as the last few hundred years were being described, Nobel Prize–winning chemist Paul Crutzen stopped the proceedings to make a remarkable observation. “We are no longer in the Holocene,” he said. For a moment, he was at a loss for words. Then came his profound conclusion: Earth must now be in “the Anthropocene.”

Crutzen was not the first to suggest that humans operate on the scale of the great geological forces of nature. But his intervention came at a time when science—including, in no small part, IGBP—had accumulated substantial evidence to support the idea. Soon after his revelation, Crutzen penned an article on the Anthropocene with marine biologist Eugene Stoermer (who, it turns out, had been using the term informally in lectures for many years) for IGBP’s newsletter (2000) and then wrote another article on the topic for the academic journal Nature 2. In 2004, IGBP published its first synthesis, Global Change and the Earth System: A Planet Under Pressure, bringing together the major drivers of change in the global economy and their impact on the Earth system 5. The book demonstrated that a common narrative—one suggesting that humans are small and insignificant when compared to the great forces of nature—is wrong. Central to the book was evidence to support the Anthropocene proposal and the dire need for planetary stewardship.

For almost a decade after Global Change and the Earth System was released, very little happened, at least as far as the general public was concerned. Academics in related fields took notice, however; the word “Anthropocene” began to surface in conferences and research papers. In particular, a group of geologists started looking at the idea more seriously. Under the auspices of the International Commission on Stratigraphy, which makes decisions on geological time, the geologists set up a working group, which is due to report its recommendations in 20168.

The world is not waiting for the commission to make up its mind. There are now several academic journals dedicated purely to discussing Anthropocene matters. The most hotly contested topic is when the epoch began. Was it at the dawn of agriculture, between 8,000 and 10,000 years ago? In 1800, at the advent of the Industrial Revolution? Or was it later still, in 1945, with the first nuclear test? That test left permanent radioactive traces in the geological record—an unmistakable “golden spike,” a term used by geologists to describe hard evidence of a change in the planet’s state. Moreover, it marked the start of a period of enormous growth in human population, consumption, and production, the latter being the biggest driver of change.

Beyond academia, the Anthropocene has sparked a surge in media interest over the last few years. Even the Economist ran a headline on the front cover in 2011: “Welcome to the Anthropocene.” In 2012, the largest summit in United Nations history, Rio+20, opened with a short film on the Anthropocene9, which I made with the remarkable data visualizer Felix Pharand Deschenes. To accompany it, we created the first website dedicated to the subject: www.anthropocene.info.

Science and cultural centers also are drawn to this new narrative. In 2012, I worked with ASTC (Association of Science Technology Centers) to roll out a series of events in science centers worldwide around the theme A Planet under Pressure10, highlighting ideas related to the Anthropocene. Driven by Walter Staveloz, ASTC’s director of international relations, more than 100 events took place on every continent.

In Berlin, the House of World Cultures ran a two-year Anthropocene project to bring together leaders in the fields of art and science. It culminated in October 2014 with the Anthropocene Campus, an eight-day effort to draw up a blueprint for an Anthropocene curriculum 11. A second campus will kick off in 2016 12. In December 2014, the Deutsches Museum in Munich opened the exhibition Welcome to the Anthropocene: The Earth in our Hands 13. And the Smithsonian has launched Living in the Anthropocene: The Age of Humans, an interactive online resource detailing our influence on the planet 14.

At long last, the Anthropocene is inspiring books, films, TV programs, exhibitions, and debates. Why? Because the concept matters. This is a shift in worldview. We have a responsibility for the future of our planet. We can no longer think of our actions as small and insignificant. We must find a safe operating space for humanity. And time is running out.

Steps to Save the Planet

The research community is responding to the urgency of this challenge. In 2009, researchers led by the Stockholm Resilience Centre identified nine planetary boundaries it would be unwise to transgress at risk of destabilizing parts or all of the Earth system: stratospheric ozone depletion, loss of biosphere integrity, chemical pollution and the release of novel entities, climate change, ocean acidification, freshwater consumption and the global hydrological cycle, land system change, nitrogen and phosphorus flows to the biosphere and oceans, and atmospheric aerosol loading 15. In 2015, they updated their analysis and announced we had crossed four of the boundaries—loss of biosphere integrity, climate change, altered biogeochemical cycles (phosphorus and nitrogen), and land system change—leading to this headline in the satirical newspaper the Onion: “Study: Earth 44% Doomed.”16

The research on planetary boundaries cuts through the complexity of the Earth system to identify our top priorities: biodiversity loss, climate, nitrogen and phosphorus use, and deforestation. This is why business leaders and policymakers are sitting up and taking notice. For example, the planetary boundaries concept was presented in seven sessions at the World Economic Forum in Davos, Switzerland, In January 2015(www.weforum.org).

While it is easy to focus on ecological crises, these are only half the story. For many, particularly the one billion people in the developed world, human advancements have brought many benefits, from food and energy security to vaccines and the internet. The Anthropocene has been good for some of humanity. Now, the challenge is to ensure it is good for all. This will be a careful balancing act—but the building blocks are in place. 2015 was a historical year. In September nations agreed the Sustainable Development Goals - a set of 17 goals for people and planet that explicitly acknowledge Earth's life support systems are at risk. And in December. nations met again, the result of which is a remarkably ambitious climate agreement.

We are at a critical juncture in the evolving plot of the Anthropocene narrative, but there is plenty of room for optimism. We have reached peak child. Worldwide, the average number of children per fertile woman is about 2.5, which means that population growth is no longer on an exponential trajectory and will begin to stabilize in a few decades. The ozone hole, too, is stabilizing, after a frightening expansion in the 1980s and ‘90s. The ozone layer is expected to make a full recovery by the end of the century. In December, researchers from the Global Carbon Project announced carbon emissions grew just 0.6% in 2014 and they predict a small decrease in growth in 2015. While it is too early to celebrate, progress to control emissions is beginning to yield some results.

If emissions peak soon, we could be on course to securing that safe operating space for our species. Science centers and museums now have a critical role to play in imagining positive future narratives for a global society. This is one of the greatest creative and scientific challenges out there, and these institutions are rising to the challenge.

Owen Gaffney is Director of International Media and Strategy at the Stockholm Resilience Centre, and Director of Communications for Future Earth, based at the Royal Swedish Academy of Sciences. For a decade, he has worked in Earth system science communication as a writer, policy advisor, and speaker. His writing has appeared in the New York Times, the BBC, and the academic journals Science and Nature.