The case of the EU Tobacco Products Directive. 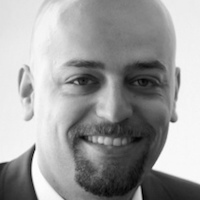 Tobacco is notoriously the greatest killer of our times, causing more deaths than HIV/AIDS, tuberculosis and malaria combined. More than 100 million people died as a result of smoking in the 20th century and, with current trends, there might be up to one billion deaths attributable to tobacco in the 21st century. Europe has been one of the main stages of the tobacco epidemic for decades and cigarette consumption in some European countries is still among the highest in the world12. Overall, the European Commission estimates that 700,000 people die prematurely because of smoking in the European Union (EU) every year, with annual healthcare costs for tobacco-related diseases exceeding 25 billion Euros. These costs represent only a fraction of the true costs for society; in addition to premature death and disease, productivity losses are substantial, estimated at 8 billion Euros annually, while the environmental impact of tobacco is also noteworthy3.

Numbers like these cannot go unnoticed. In the light of such data, governments in most high-income countries, including the EU member states, have implemented a series of tobacco control measures in an effort to mitigate the devastating impacts of tobacco. Some of these measures, such as taxation, smoke-free environments and health warnings on cigarette packs, are directly suggested by the World Health Organization in the Framework Convention for Tobacco Control (FCTC), which is a legally binding treaty ratified by more than 160 countries, including the majority of EU member states. The adoption of FCTC in 2003 was a defining moment for tobacco control, as it highlighted the importance of international cooperation and solidified the role of international entities in guiding tobacco control measures. Consequently, the WHO developed MPOWER, a summary of the most effective and evidence-based components of tobacco control, comprising the following components: Monitor tobacco use and prevention policies; Protect people from tobacco smoke; Offer help to quit tobacco use; Warn about the dangers of tobacco; Enforce bans on tobacco advertising, promotion and sponsorship; and Raise taxes on tobacco2. The European Commission also assumed a central role in the fight against smoking within the EU and set minimum requirements for tobacco control, applicable to all member states. Following years of discussions, the EU adopted a revised Tobacco Products Directive (TPD) in April 2014 and member states transposed the Directive into national legislation by May 20163.

However, despite the fact that the majority of countries in Europe and beyond have committed to implement such tobacco control policies, there are wide discrepancies in the legislation and level of implementation between countries. For example, health warning labels have been found to increase awareness of the health risks of smoking among smokers and non-smokers, deter people from initiating smoking, promote quitting and contribute to the denormalization of smoking. Nevertheless, only a small number of countries have actually implemented all the essential components of effective health warning labels and even fewer have adopted plain packaging of tobacco products2, which has been shown to provide further benefits for both smokers and non-smokers4.

The bumpy road to the revised Tobacco Products Directive
The revised Tobacco Products Directive covers a wide range of themes, from health warnings and packaging to the ban of flavours and from illicit trade of tobacco products to electronic cigarettes. In some cases, such as health warnings, the regulations are quite specific, providing guidance on the size and content of the warning labels, whereas in others, such as the use of e-cigarettes in public places, member states have some flexibility in deciding their own approach. The TPD is of major importance for both the tobacco industry and the public health community, as it sets the stage for the following years and it affects approximately 500 million people. The debate surrounding the provisions of the TPD is fierce and has been so for years before its adoption, reflecting the vested interests of the industry and the huge impact of tobacco on public health, as well as the fact that representatives from 28 different countries have been involved in the process. As one can suspect, it is essentially a compromise between all these forces; however, the big question is whether it actually reflects scientific evidence and whether the research community can exert enough influence in shaping regulatory processes like this.

The answer to this question is not an easy one. It is clear that the tobacco industry made great efforts to influence the outcome of the discussion leading to the adoption of the TPD. When the European Commission held a public consultation regarding the possible revision of the TPD, in late 2010, it received more than 85,000 submissions in just three months (EU-level public consultations usually attract around 350 responses), coming for the vast majority from sources either directly or indirectly funded by the tobacco industry in a well-organised plan. Processing this huge number of submissions took EU officials 1.5-2 years longer than originally planned, causing a significant delay in the adoption of the revised TPD. Moreover, tobacco industry lobbyists made concerted efforts to influence MEPs, EU officials and national governments in a not always transparent process. The EU Health Commissioner was forced to resign after an alleged scandal involving interests of a tobacco company and the EU Ombudsman criticised the lack of transparency on several occasions5.

Does science actually matter?
Considering all the above, one is inclined to believe that the end result had little to do with evidence and was mostly determined by lobbying and political calculations. However, this is only partially true. While financial and political interests invested in tobacco have always been powerful, the progress in tobacco control has been ubiquitous within the EU, although wide variation in the level of implementation does exist. The very reason why governments started implementing tobacco control policies in the first place was that scientific studies provided evidence regarding the harmful effects of smoking and of secondhand smoke (SHS) exposure. In many areas, there is a wide consensus on what works or not, whereas in others there is still some uncertainty, as is the case with e-cigarettes6. This is more or less reflected in the revised TPD. EU regulators form their proposals after a series of consultations with committees in which experienced researchers are invited to contribute. Thus, in areas where the evidence base is strong, it is very likely that, at least the first drafts of the proposed regulations will include what is considered effective by the scientific community.

For example, the role of packaging in attracting new smokers has been well established, as well as the effectiveness of large health warnings and, more recently, of plain packaging in reducing the appeal of cigarettes especially among youth47. Consequently, the revised TPD requires member states to cover at least 65% of the pack with picture and text health warnings. This is of course less that the initially suggested 75%, while plain packaging is not obligatory3, despite recent successful implementation in Australia. However, it is a major step forward, which wouldn’t have been made if there were no relevant solid research findings.

On the contrary, science regarding e-cigarettes is much more ambiguous and there is no clear answer on whether they are positive developments that help people quit smoking or one more nicotine-containing harmful product which causes death and disease68. As a result, wording in the TPD is also more cautious. The European Commission may have taken a precautionary approach with regards to e-cigarettes, something that e-cigarette supporters have criticised, but a careful read of the text reveals that important provisions may be revised or supplemented in the future if new findings emerge. Member states are explicitly encouraged to actively monitor whether “use is a gateway to nicotine addiction and ultimately traditional tobacco consumption among young people and non-smokers”, which may currently be the most crucial research question in tobacco control.

What can researchers do?
So, overall, the revised TPD and, in general, most regulatory texts on tobacco are built on a foundation of research findings, which is then exposed to variable influences from the community, citizen groups, perceptions of the legislators, financial and political interests and overlap or conflict with other legislation. Solid science is a necessary, but rarely sufficient condition to create change, which is something that the public health community is increasingly becoming aware of. Therefore, public health researchers who are really interested in having an impact on society should not only focus on producing high quality papers, but also design studies that are timely and can be directly applicable within policy making processes, even if they need to make small compromises in terms of methodological excellence9. Finally, they should be willing to engage in making their research findings accessible to policy makers and the public or even participate in public debate, processes in which social media are becoming a powerful tool.

The revised Tobacco Products Directive is a good example of how science can be translated into policy, but also of how other forces can significantly influence the outcome of this process. Researchers should use the lessons learned through this long process in order to be more prepared for future challenges.

Dr Filippidis is a lecturer in the School of Public Health at Imperial College. He has a background in medicine, epidemiology and public health and the main focus of his research is tobacco control policies in Europe and beyond.