Why carbon pricing will not succeed 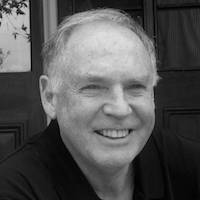 Proponents of carbon pricing argue it is the cheapest way to reduce greenhouse gas (GHG) emissions. Their argument is based on assumptions that are appropriate for a theoretical exercise but carbon pricing is unlikely to be achieved in practice, let alone sustained for the time the policies would need to operate (perhaps a century or more). Little research has been done to investigate the likelihood that carbon pricing can deliver the projected benefits given real world constraints. Thus the success of such a policy is highly uncertain.

There are, however, other options. A deregulated energy market would stimulate innovation and lead to an accelerating adoption of low emissions energy sources, without the need for onerous and unattainable international agreements on carbon pricing.

Uncertainty about the impacts and extent of man-made climate change is inevitable and unavoidable [i]; but uncertainty surrounding the chosen solution is inexcusable. We should be confident that proposed solutions are going to be effective, and the more expensive the solution, the more confident we should be. In short, big responses require high levels of confidence that they will work. There seems to be a lack of credible evidence to demonstrate carbon pricing passes this test.

A report by Sir Nicholas Stern et al. entitled “Better growth, better climate”1 released a week before the 2014 UN Climate Summit in New York, advocated for governments around the world to intervene and impose carbon pricing, promote wind and solar power, and encourage improved energy efficiency. The report implies the net economic costs might be negligible, but this assumption is at odds with current research.

Nordhaus developed a widely accepted model (called DICE-2013R3) for estimating the social costs of carbon, the costs and benefits of different policy options and the carbon prices needed to achieve them. Using outputs from the DICE2013R scenarios, it is possible to compare the net-benefit of policy options over time. In this case, net-benefit simply means the difference between the benefit of reduced climate damages and the abatement cost (i.e., the cost of reducing greenhouse gas emissions)[ii].

The figure below compares the net-benefits for seven different policy options. Six are those included in the DICE-2013R4 model as it was provided for the IPCC AR5 WG3 analyses; the six scenarios are described in the ‘Introduction and User’s Manual’5, pp24-25. The seventh scenario was added by myself. It is identical in all respects to the Copenhagen scenario except that the participation rate is halved throughout, i.e. halved for each 5-year period from 2015 to 2100.

The baseline scenario assumes the policies to reduce CO2 that existed in 2010 will continue unchanged until the year 2300. It can be thought of as the ‘take no more policy action’ scenario, and the net-benefit of all the other scenarios are subtracted from the baseline scenario so they can be compared directly. The Copenhagen scenario, assumes increasing participation from 2010 levels to reach 100% in 2100, while the 1/2 Copenhagen scenario, assumes half the Copenhagen participation level throughout.

When we compare the different carbon pricing scenarios, it becomes evident that they all have negative projected net-benefit for nearly all of this century. In other words, the cost of reducing greenhouse gas emissions by carbon pricing outweigh the benefits in terms of reduced climate damages for the foreseeable future. I examine results for this century only because mitigation policies will not be sustainable politically if net-benefits are negative over decades, let alone beyond 100 years. Clearly, this result will reduce the likelihood of countries signing up to a global carbon price.

Most often, when these issues are discussed, the information is discussed in terms of cumulative costs and total reduction in greenhouse gas emissions. This approach results in a distorted picture, hiding the fact that most of the costs are incurred early and the benefits late.

A more detailed look at the timeline ahead clearly shows that we should expect the costs to exceed the benefits this century. Under the Copenhagen scenario, 75% of the costs of reducing emissions would be borne this century, but we would only see 17% of the hypothesized benefits. The accumulated net-benefit for the 1/2 Copenhagen scenario is negative to beyond the year 2300.

It is a very human reaction to give more weight to the near future than the distant future. For this reason, it becomes politically difficult to justify benefits far in the future when the costs have to be paid now, resulting in enormous political pressure to reject such an arrangement.

Most of the scenarios make a very important, and questionable, assumption of total participation in the carbon pricing initiative. This means that all countries implement the scheme in unison in 2015, the scheme continues for 290 years, the price and rules of which are adjusted globally in unison, and all human-caused GHG emissions are included. Highly unlikely to impossible - emissions from every domestic cow, sheep and goat in every country, including countries like Eritrea, Ethiopia and Mozambique, would have to be measured and traded or taxed.

At a realistically achievable participation rate, the world’s nations are unlikely to agree to carbon pricing simply because the costs exceed the benefits, at least in the time frame over which policies must deliver net benefits if they are to be politically sustainable.

Hence, without global implementation, the cost of carbon pricing would be prohibitive for participants. Moreover, non-participants incur no costs and thus gain a competitive advantage. Nordhaus estimated that “a participation rate of 50 percent… will impose a cost penalty on abatement of 250 percent.”6

This means that to achieve a given amount of global emissions abatement the participants in the carbon pricing scheme would have to pay 3.5 times more than they would if all countries participated and all GHG sources were included (see figure below). This is because there are a greater number of available low-cost abatement options when participation is high. With lower participation, the desired reduction in global emissions can only be achieved with more costly measures.

In reality, the cost penalty for the participants would be even higher than assumed, once the compliance costs of emissions monitoring, reporting, compliance policing, disputes and conflict are factored in. Furthermore, as smaller emissions sources are included, these costs (per unit of GHG emission) would escalate.

Arguably, the assumptions that underpin the economic analyses used to justify carbon pricing are appropriate for a theoretical modelling exercise but unrealistic, impractical and unlikely to be achieved in the real world. These assumptions, if relaxed, make carbon pricing an even less appealing prospect.

Some of these assumptions are covered here. The economic analyses assume, first, that an optimal price is implemented globally and in unison and adjusted globally in unison forever, and second, that there is no leakage of emissions between countries, industries and emissions sources. Both are highly unlikely and more realistic assumptions will increase abatement costs. The economic analyses further assume a baseline where emissions continue at rates projected for the mitigation policies that existed in 2010. If these projections are too high, the net-benefits of cutting emissions to a desired level would be lower. Furthermore, several key assumed parameters in DICE-2013R appear pessimistic (i.e. tending to make damage estimates too high). For example, climate sensitivity, emissions rates, damage function (damage per degree of climate change), participation rates and discount rates. If the assumed values are causing the damages to be overestimated, the projected net-benefits of abatement will also be lower.

Combined, these assumptions may be increasing the estimated damage from greenhouse gas emissions significantly and, therefore, overstating the net benefits.

Hence, incentives to sign up are missing on a range of dimensions. Unless there is a legally binding global agreement with nearly all emissions in all countries included, individual economies will be disadvantaged by being made less competitive compared with the countries that do not participate. Countries are therefore unlikely to sign up to a legally binding agreement, and if they do, a future government is likely to pull out.

Professor Richard Tol, a long-time advocate for carbon pricing and a leading world authority on estimating the damages of global warming, estimated the probability of achieving negotiation success at the COP 18 UN Climate Conference “is a mere 2.3%”8.

Is the solution nuclear?

We have seen that global carbon pricing is unlikely to be implemented and sustained. Fortunately, there is a better way.

It is to deregulate the energy sector, to the extent justifiable, so that the cost of low-emissions energy can come down over time, especially in developing countries (since it is the developing countries that will produce most of the emissions this century). With this approach there would be no need for carbon pricing, for emissions monitoring, or for enforcement mechanisms involving policing, conflict and international courts.

If, for example, the USA (and the International Atomic Energy Agency) removed impediments to expanded nuclear power, in my opinion the cost of electricity generated by nuclear power could be reduced substantially by 2050[iii]9-10 to potentially below the cost of fossil fuel generated electricity. This would enable nuclear power to substitute for some fossil fuels for heating and for transport fuels (e.g. transport fuels from seawater11-12), substantially reducing global GHG emissions without compromising economic growth.

Moving on from carbon pricing

Economic modelling shows that carbon pricing will be very costly this century, i.e., abatement costs will substantially exceed the benefits of reduced climate damages. And without near-full participation, which is highly unlikely, costs will spiral for participants. Worse, the costs are upfront while the benefits are in the distant future. And, while the costs are relatively certain, the benefits have high uncertainty. Consequently, there is a high risk that the benefits will fall short of today’s estimates.

In short, carbon pricing is a very unattractive proposition. After 25 years of expensive, drawn-out negotiations, there has been a failure to reach any significant agreement to date. Current analysis suggests that, failing the emergence of increased certainty and incentives, this is unlikely to change. Alternatives exist and should be pursued.

When referencing this article, cite as follows:
Lang, P. (2015, Nov). Why carbon pricing will not succeed. Angle Journal. Retrieved from http://anglejournal.com/article/2015-11-why-carbon-pricing-will-not-succeed/