The Nexus of Climate Change, State Fragility and Migration 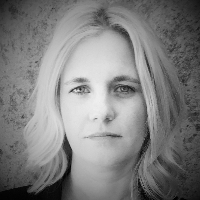 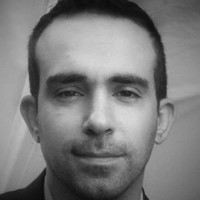 The greatest migration since World War II is under way. Refugees are flowing in record numbers1 from Syria to both surrounding countries, and Europe. It is a humanitarian crisis of the highest order.

The proximate cause of this migration – the most immediate reason for it – is the long and brutal conflict in Syria. But a humanitarian crisis of such a historic and horrific scale necessitates the asking (and answering) of broader questions concerning a range of potential underlying contributors and causes. Here we examine the role of climate change with regard to state fragility and migration, and propose three guiding principals for governments to follow when faced with complex and uncertain climate-related threats.

Evidence exists that climate change, in certain regions of the world, has already contributed to state fragility and even conflict. Climate change is increasingly placing strains on the essential resources that underpin human, national and international security– including food and water. This is likely to heighten the scale of political turmoil, state instability and mass migration in the future. How we respond will be the true measure of our resiliance.

The interactions between climate and security are complex. They must be better understood in order to ensure that governments, societies and communities advance responsible policy solutions that are commensurate to the risks. Three basic principles for governments include avoidance of the oversimplification and underestimation of climate-security risks, a broadening of risk assessments to include a wider range of climate-related factors, and a lowering of the “certainty” threshold needed to precipitate preventive solutions.

The 21st century is a time of increasing social, political and economic complexity, a time when the pace of change challenges governments trying to keep up. One such complexity involves unprecedented strains on natural resources due to climate change, demographic pressures, and the inability (or unwillingness) of governments to manage those changes. Within this context, the likelihood of governance breakdowns, including state instability and mass migration, has increased2.

Some nations, for example small-island developing states, are facing an existential threat which may result in the migration of an entire population. Other regions, such as in the Middle East and Central Asia, are experiencing environmental changes on top of a volatile mix of existing security risks, thereby decreasing the possibility of conflict-resolution even further. Indeed all nations, in one form or another, are vulnerable to the impacts of climate change and natural resource stress, and populations will increasingly feel the pressure to move to safer ground.

Let’s take the case of Syria. Syria is not the first 'climate war', and climate change is not causing the Syrian refugee crisis. A major conflict is responsible for that. If we take such simplistic claims seriously, we run the risk of absolving governments, like the al-Assad regime, of their responsibility to protect and provide for their populations. On the other hand, underestimating the risks associated with climate change could also mean missing important contributing factors to state stability and migration. In this case, evidence suggests that climate change has been a factor in creating the conditions underpinning Syria’s fragility – and that this fragility is partly responsible for the situation the country finds itself in today.

A quick rundown of this complex connection goes something like this: in 2011, a study from NOAA4 found that climate change has contributed to declining winter precipitation in the broader Middle East since 1971, and Syria has been one of the hardest hit. Another study5 demonstrated that an extreme drought in the country from 2007-2010 (the worst in its history of records) was 2-3 times more likely due to climate change. As we highlighted in 20126 - building off research conducted by the UN7 (GAR) - these dynamics, coupled with significant natural resource mismanagement by the al-Assad regime, contributed to a mass internal displacement of around two million farmers and herders during the period of the drought. This internal displacement may have been a factor in driving political unrest, which has ultimately led to the refugee crisis we see today.

In short, while overstating climate risks over others can be very problematic, ignoring those risks can be even more dangerous. Avoiding oversimplification, while eschewing underestimation, is the critical middle ground policy-makers must operate in to better understand, and responsibly address, climate-related contributions to state fragility and migration.

2. New stresses demand new risk assessments: Growing evidence suggests that the tools governments use to analyze the fragility of states are outdated, and do not adequately address8 climate and natural resource-related risks. In “The Obamians9,” J. Mann describes the Obama Administration’s process for predicting which Middle Eastern countries were at risk of collapse during the Arab Spring:

“Administration officials hurriedly made a list of which countries in the Middle East were most at risk of large-scale political turmoil, and which were least at risk. That list turned out to be wrong in many cases...At the bottom were the nations where any widespread demonstrations for democracy were judged to be improbable: Saudi Arabia and Syria. “No one was focused on Syria, because it seemed far less likely than other states in the region,” --[Deputy Secretary of State] James Steinberg

While there are surely a number of reasons for this misdiagnosis of Syria, evidence suggests that key natural resource variables are often missing from analyses of state failure. For example, in a recent article10, we found that one particularly popular index of state fragility showed Syria becoming less fragile in the years before the conflict. The degree of human displacement occurring within the country, as well the extreme water and food insecurity that contributed to that displacement, did not seem to be accurately captured in that assessment.

Clearly, our risk assessments need to adapt to the complexity of the 21st century. Here, the problem is not so much a lack of data, as it is the lack of a comprehensive use of that data. We should start by better accounting for climate and natural resource stresses in the tools we use to determine the likelihood of state failure and mass migration, and ensure that information about these environmental stresses gets into the hands of decision-makers that deal with security and foreign affairs. In short, a lot of data exists. It’s just being ignored by the people who need to know it most.

3. Be comfortable with a reasonable level of uncertainty: The future is not wholly predictable, but evidence that climate change is connected to state fragility and migration is growing. And while scholars must continue to seek greater certainty in those connections, policy-makers do not have the luxury to wait for that certainty - particularly in today’s rapidly-changing environment, where such delays may be implicated in state failure and humanitarian crisis.

According to Dr. Jay Gulledge, climate scientist at the Oak Ridge National Laboratory11, unlike scholars, governments must be more concerned with false negatives than false positives. If a government assesses a situation, fails to detect a problem, and that problem arises, they will be held responsible for not adequately protecting the public. In the case of climate change as a possible contributing factor to state fragility and migration, there exists a sufficient degree of certainty for governments to responsibly act to mitigate the risks. In other words, we should not demand that governments wait for near-perfect certainty before acting. As General Gordon Sullivan, USA (ret) once said12:

In short, we need to lower the “certainty threshold” needed to precipitate preventive solutions.

We know that populations are growing and urbanizing, seas are rising, and extreme weather events are getting more frequent and intense. We know that these dynamics will place additional stresses on the food and water resources that underpin the security of populations around the world, and that this will likely increase the scale of migration. Despite these dynamics, policies designed to humanely and comprehensively address such issues are severely lacking.

The principles detailed above form the basic prerequisites for a more preventive approach to human, national and international security. Waiting for humanitarian crises to hit the front pages before acting has proven a great failure of the international community in the past few decades. How we respond to that failure will be the measure of our resilience.

Conflict and WarfareGeopoliticsPeopleSecurityUncertainty and Risk

Caitlin E. Werrell is co-founder and director of the Center for Climate and Security. CCS is a non-partisan think tank with a distinguished advisory board of senior national security and military experts focused on exploring and addressing the security risks of a changing climate.

Francesco Femia is Co-Founder and Director of the Center for Climate and Security. CCS is a non-partisan think tank with a distinguished advisory board of senior national security and military experts focused on exploring and addressing the security risks of a changing climate.