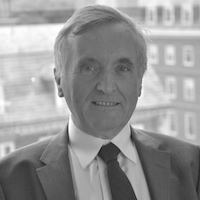 The Trans Pacific Partnership (TPP) is a proposed trade and investment treaty involving twelve countries including the United States, which sees the agreement as a major realisation of its tilt towards Asia. Noted in the press for the secrecy surrounding its negotiation, the treaty represents a further fragmentation of international trade negotiations, and conspicuously does not include the largest regional player in Asia – China – but rather consolidates trade patterns between Japan and North America. Beyond trade, the TPP reaches into areas such as investment and technology policy, and emcompasses a wide – and potentially imbalanced – range of countries. With such a broad reach, and acting outside established inter-governmental channels for trade negotiation such as the WTO, will the TPP further marginalise the efforts of smaller and less developed nations to secure their place in the global marketplace?

Beyond the United States, the TPP includes a diverse range of countries including Canada, Mexico, Chile and Peru, and on the Asian side Brunei, Japan, Malaysia, Singapore and Vietnam, as well as Australia and New Zealand. There are some odd things about this group of countries. It includes four ASEAN countries but excludes six others (Indonesia, Thailand, Laos, Cambodia, Myanmar, Philippines). Indonesia in particular is a large and rapidly growing economy offering huge potential and the subject of considerable attention from investors and it is odd for it not to be part of the agreement. Japan is there (although it came late to the negotiations) but Korea is not, in spite of its trade links with the US and Japan.

As is immediately obvious, China is not there either. It could be that the TPP is really a geostrategic move to strengthen the US position in Asia, or to give the other Asian countries in TPP more options for the future than Chinese economic dominance. It could also be that TPP is intended to encourage China to participate in trade negotiations more actively.

The twelve countries are already trading, not just among themselves but with the world. But they differ a lot in size. If we take all the merchandise exports to the world from TPP countries in 2013, the United States accounts for 37 per cent of the total, followed by Japan at 17 per cent, Canada at 11 per cent, with Mexico and Singapore each around 9 per cent. These five countries thus account for about three quarters of the total exports of the TPP to the world. Then come Australia with 6 per cent and Malaysia with 5 per cent, followed by Viet Nam with 3 per cent and Chile with 2 per cent. The remaining countries, Brunei, New Zealand and Peru each have shares of less than 1 per cent.

In any case the problem with the agreement, assuming that it is concluded, is that it contributes significantly to the further fragmentation of international trade agreements. Global agreements under WTO auspices have stalled, and the growth of regional agreement has accelerated in recent years. The argument can be made that it is better to have partial liberalisation than none, and that some boost to economic growth is better than none. But this is to ignore the costs of regional agreements, both in their negotiation and in their implementation.

In negotiation, these disproportionately favour larger countries and larger businesses. The administrations in larger countries have the resources to analyse the impacts of proposed changes in tariffs and non-tariff measures, while small countries and poor countries may not. Large businesses have the resources to lobby for or against the introduction of particular measures, while small and medium enterprises (SMEs) do not. (Farmers are a special case: in many countries they are really SMEs but are well-organised and have political clout. Japan is a good example of this).

In operation, regional trade agreements create difficulties as well as opportunities. For customs administrations and shipping-related services, as well as for exporters and importers, there is a new set of rules and exceptions to them to be learned, alongside those relating to other agreements to which the country is a party. The administrative burden falls more heavily on smaller firms: they have to comply with different sets of rules related to their different export markets or in sourcing their imports. But they will have fewer specialist staff to deal with these problems. There is a commitment in the TPP negotiations to help SMEs, but in practice this will be difficult.

The TPP is far more than a trade agreement. Even the stated areas of negotiation show that its reach is extensive: not only trade in goods and services, but also investment, labour, environment, e-commerce and telecommunications, competition policy and state-owned enterprises, small and medium-sized enterprises, intellectual property rights, technical barriers to trade and sanitary and phyto-sanitary measures, transparency, anticorruption and regulatory coherence, customs, trade facilitation, and rules of origin; government procurement; development and trade capacity-building; and dispute settlement. In addition there are U.S.-Japan bilateral negotiations on motor vehicle trade and non-tariff measures.

The TPP negotiations illustrate that trade policy, investment policy and technology policy are converging rapidly. The growth of global value chains results in trade but is enabled by technology, and is streamlined through foreign direct investment. Products using raw materials from country A are part-processed in country B, combined with others in country C and sold to consumers in country D. And this is an essentially static view of GVCs. In fact a dynamic process is under way: shifts in relative prices, in consumer tastes and in technology cause chains to be reconsidered and changed. Note that value chains are explicitly mentioned in the agreement to begin the TPP negotiations, and are to be encouraged.

The Cost of Secrecy

Few details of what is being agreed in TPP have been released, although the general framework of the agreement is known. Apart from different sectors and tariff and non-tariff barriers, there is also focus on investor dispute settlement procedures, labour conditions and human rights, and environmental issues. The secrecy of the actual negotiations has been criticised. If it is that important and beneficial, why cannot information on the provisional agreement be published?

The general problem of trade agreements is that the gains are usually distributed fairly evenly, through lower costs and a boost for economic activity across many parts of the economy, and may not be perceptible at the level of the individual firm or the consumer. However, the losses of the agreement may fall on a smaller number of hitherto-protected groups. It makes the negotiators’ lives easier on all sides if they can come to a final package without having the intermediate lobbying to contend with. Secrecy in the negotiations is unjustifiable, but there would be little to be gained by its removal. It would make negotiations much slower and more likely to fail altogether.

In the TPP case the secrecy is probably not as bad a thing as it might be in other cases. Publication of the intermediate stages of the negotiations would probably lead to lobbying and political pressures from the affected groups, but effective lobbying would come mainly from the developed country side.

The proposed trade negotiation authority for President Obama will provide for 60 days publication before he signs it. Within 60 days after entering into the agreement, the President has to submit to Congress a description of the required changes to existing laws. Not later than 105 calendar days after the President enters into the trade agreement, the US International Trade Commission has to prepare a report assessing its likely impact on the United States economy as a whole and on specific industry sectors, including the impact the agreement will have on the gross domestic product, exports and imports, aggregate employment and employment opportunities, the production, employment, and competitive position of industries likely to be significantly affected by the agreement, and the interests of United States consumers.

Time for reflection is good, as is an impact assessment. But the time may not be enough and the analysis may not be exhaustive. Trade agreements nowadays are not limited to trade in merchandise and reductions in the tariffs and quotas affecting them. They include measures affecting services trade, including the different modes by which it takes place, and they include also issues to do with standards, certifications, licences, government procurement rules and other means by which the foreign trader and/or investor may be disadvantaged by comparison with his or her domestic rival. But how do you measure these changes and give a value to them, a value to set against the costs that may fall on other sectors as a result of the tariff reductions agreement? There will always be economists to rise to that challenge but the conclusions may not be very sound. Simply put, the impact of modern trade agreements is hard to measure and for the individual consumer or the average SME it is usually impossible to detect.

If TPP is agreed and approved, it may indeed spur on other agreements, such as that between the US and the EU, called the Transatlantic Trade and Investment Pact (TTIP). It may encourage other ASEAN countries to join the TPP. China is also negotiating a significant number of agreements. But the approach to international trade negotiations needs to change.

The way forward will have to include greater anticipation of global problems and the positioning of trade and investment agreements within that context. At present the agreements are perceived only as the concern of governments and businesses. The consumer voice is lacking. And the wider citizen voice is not considered at all. Yet citizens are concerned about global issues such as human rights, development and climate change and would be more inclined to support trade and investment agreements if they were conceived as part of the solution to these global problems.

The way forward also leads back to Geneva and WTO. A return to global negotiations is long overdue. Continued proliferation of regional agreements is making it more difficult for most businesses to identify and address their best markets and their best supply chains, and it is making it almost impossible for smaller and poorer countries to assess the economic implications for their own countries. Closer integration between WTO and the UN system is also needed. There is a potential role also for the WTO secretariat, as a neutral body, in carrying out regulatory impact assessments of proposed trade agreements on behalf of all the participants, and of the world community in general, looking at the economic costs and benefits but also the administrative burden.

Eoin Gahan is a consultant in trade, investment and industrial policy. From 2013-2015 he was Senior Fellow, Mossavar-Rahmani Center on Business and Government, Harvard Kennedy School.