From research leader to technology customer

Is the UK prepared to drive new innovation in nuclear power? 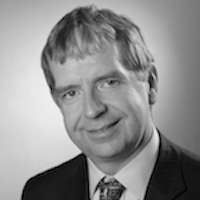 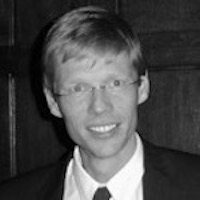 In the face of climate change, and dwindling, insecure access to fossil fuels, nuclear power is expected to play a key role in the UK's energy strategy over the coming decades. But does it have the skills and capabilities to sustain the development of the nuclear sector after decades of neglect from government and industry?

Britain once led the world in all aspects of nuclear power. The United Kingdom built the world’s first commercial nuclear reactor, Calder Hall in Cumbria in the North West of England, which began operating in 1956. In fact, it was was built in what would today be regarded as almost indecent haste during a time when nuclear power, like the space programme, represented one of the cornerstones of what would later be called the “White Heat of Technology”.

Until well into the 1970s, the UK, like many nations, continued to attract a wealth of top talent into the industry, as the programme grew from the early Magnox stations to also include major breakthroughs in technology such as the Advanced Gas-Cooled Reactor fleet. Experimental work on a range of reactor technologies was thriving. Scientific and engineering expertise completed the fuel cycle from uranium enrichment and fuel manufacture through to reprocessing of used fuel and the management and disposal of nuclear waste.

However, the industry began to stagnate in the aftermath of the Three Mile Island incident in the eastern US in 1979 and – more dramatically – Chernobyl in the Soviet Union (now Ukraine) seven years later. In the aftermath of these accidents, growth ground to a halt and R&D programmes were terminated. Research funding in the UK fell in the mid 1990s to virtually zero and staff numbers were cut at all three major nuclear research organisations of that period, i.e., British Nuclear Fuels Limited [BNFL], the UK Atomic Energy Authority [UKAEA] and the Central Electricity Generating Board [CEGB]). A dozen separate nuclear research laboratories were also closed permanently.

After two decades of little development with respect to skills in research and development, prospects began to improve. This was triggered by growing global recognition of climate change, increasing energy prices, depletion of UK North Sea gas and oil fields, and concerns about the political reliability fossil fuel exporters.

In 2007, the Labour Government produced an Energy White Paper, followed by a dedicated Nuclear White Paper in January 2008, indicating that nuclear power was to make a comeback. With support from the Conservative opposition, it was clear that plans would proceed for a new wave of nuclear plants in England and Wales (although the Scottish Government devolved planning legislation allowing the Scottish Parliament to veto any proposals for new nuclear plants). Yet the new policy stipulated that any new reactors should be funded by the electricity companies, not directly by government. The construction work would be done by UK firms but a large slice of the supply chain was expected to be located overseas. Britain had become a customer for nuclear technology and no longer a developer.

At the same time, the UK was seeing a shift in the structure of the entire nuclear sector. BNFL was broken up and international consortia were brought in as managing contractors for the cleanup and decommissioning of sites such as Sellafield. The Nuclear Decommissioning Authority was established with a mandate to focus on the safe and cost-effective cleanup of the legacy. Along with the new build programme, this represented an opportunity to inject real cost-saving innovation into the nuclear cleanup mission.

However there were two major problems. Firstly, a significant proportion of experienced people were approaching retirement. Secondly – and perhaps more crucially – there was still no investment coming forward to support nuclear research. The restructuring of the industry (and the wider electricity sector) had seen the massive government-owned firms such as BNFL and the CEGB broken up and fragmented. Now mainly left to the private sector, nuclear R&D was seen as too costly.

Recognising this issue, the House of Lords Science and Technology Select Committee carried out an investigation into Britain’s nuclear R&D capabilities. Their detailed report, published in November 2011, concluded that: “We do not believe that the UK has sufficient R&D capabilities and associated expertise to be able to cope with the current nuclear programme up to 2050, let alone a significantly extended programme.”

Looking to the Future

The report recommended a long-term strategy for nuclear energy, including development of an R&D roadmap and the establishment of an independent nuclear R&D board. It also recommended that Britain should once again have a national programme of nuclear research, covering those topics which were too long-term and challenging for private companies to fund.

Broadly well-received, in March 2013 the government published a Nuclear Industrial Strategy – which included a roadmap and the commitment to establish a Nuclear Innovation and Research Advisory Board (NIRAB). This body is chaired by Dame Sue Ion and produced a set of more detailed recommendations in its 2014 Annual Report.

The four main themes were identified as small modular reactors, fuel fabrication, advanced reactors, and fuel recycling and waste management. The report stressed the importance of underpinning the existing nuclear skill base, and developing the next generation of “subject matter experts” – the industry leaders who may have 20-30 years of invaluable experience. Finally the NIRAB’s report stressed the importance of the UK participating in international collaborations in key subject areas such as Generation IV reactor technology and advanced nuclear fuels.

At last, all of this work appears to be bearing fruit. In the government’s Comprehensive Spending Review in November 2015, a funding package worth £250m over five years was announced. This will encompass three key elements: a national nuclear R&D Programme, a competition to identify the best SMR design for deployment in the UK, and funding for a UK-China nuclear research collaboration. The fine details are still to be worked out, but the funding is on the table and the positive signals from the government over the past few years have already led to many encouraging developments.

The academic sector has seen a strong resurgence in nuclear research interest, supported by the Research Councils and by industry itself. Many of the leading UK universities, such as Imperial College London, Manchester, Birmingham, Leeds, Oxford and Bristol, host significant departments teaching nuclear courses and conducting nuclear research. By 2012 there were already around 630 PhD students in the UK working on nuclear R&D topics – a significant increase on previous years.

These developments are all very welcome news. Having deep and comprehensive technical capability across the full breadth of the fuel cycle – within the industry and in the UK’s independent regulator - helps to ensure the safe, reliable and secure operation of all today’s nuclear facilities, and contributes to the critical provision of low-carbon energy.

When referencing this article, cite as follows:
Bull, A., & Hyde, J. (2016, Jun). From research leader to technology customer: Is the UK prepared to drive new innovation in nuclear power?. Angle Journal. Retrieved from http://anglejournal.com/article/2016-05-what-skills-and-capabilities-are-needed-to-support-the-future-generation-of-uk-nuclear-power/

Adrian Bull is Director of External Relations for the UK National Nuclear Laboratory (NNL). Prior to taking up this role in 2012, Adrian was Head of Media and Stakeholder Relations for Westinghouse in Europe. He has worked on many submissions to UK Government consultations on nuclear and energy policy matters, and has given evidence to several UK Government Committees on energy issues. Recently he has been closely involved with the work of the Nuclear Industry Council on communication and public understanding of nuclear energy. Adrian is a member of the nuclear communications groups at UK, European and global levels, through the UK Nuclear Industry Association, Foratom and the World Nuclear Association respectively. He is a Board Member of ‘Marketing Cheshire’ and sits on a number of other committees for bodies such as the Confederation of British Industry and the UK Nuclear Institute. Adrian is a Fellow of the UK Energy Institute and in December 2011 was honoured to be named as the recipient of the Young Generation Network’s Award for Outstanding Contribution.

Jonathan Hyde is the Chief Technology Officer for the Reactor and Operations Support directorate within NNL, a Senior Fellow in Nuclear Materials, a Senior Visiting Fellow at the University of Oxford and holds Visiting Professorships at the Dalton Nuclear Institute at the University of Manchester and in the School of Engineering at the University of Liverpool. He is a member of several advisory boards and working groups including the Diamond Industrial Science Committee, the UK Radiation Embrittlement Forum and the International Group on Radiation Damage Mechanisms. Jonathan is a Fellow of the Institute of Materials, Minerals and Mining.