Videogames and the Future of Ideological Warfare 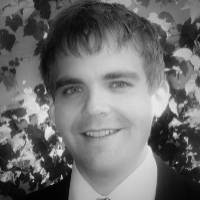 Wars are not waged on the battlefield alone. Images and words are powerful weapons that can be used to sway public opinion, attract new recruits, demonize enemies, and claim the moral high ground. Videogames have emerged as one of the preeminent domains of ideological warfare, forming part of the media strategies of both state military forces and violent non-state actors, as well as those who are sympathetic to them. Their importance has been most recently demonstrated by Islamic State, which has mobilized videogames as part of its extensive social media campaign.

Images are profoundly important sources of information about war. They provide glimpses of distant events, instantly convey information, and can provoke intense emotions. It is easy to recall the images of Abu Ghraib, of American smart bombs demolishing Iraqi military installations, and of Islamic State beheadings. Yet images are not merely a source of information about conflicts; they also help to shape conflicts. They can drive people to carry out attacks, as evidenced by the cartoons of the Prophet Mohammed, or inspire compassion, such as the outcries of support provoked by the photos of Syrian refugees. This power has not gone unnoticed by political actors, who are becoming increasingly sophisticated when it comes to strategically deploying images in an effort to influence public opinion. Both the images of Saddam's statue being toppled following the invasion of Iraq in 2003 and the decision to censor images of US military casualties were informed by the desire to achieve strategic and political objectives through the power of the visual.

Videogames are a particularly potent form of visual imagery. They do not convey images directly from the battlefield, yet they have unique characteristics that give them a distinctive role in conflicts. Videogames are distinguished by their complexity, interactivity, and adaptability. They can create complex narratives about war, presenting far more information than a single photograph. They are designed to engage audiences not as passive recipients of information but as players who are active participants in conflicts - taking sides and shaping their outcomes. Furthermore, they give media producers unprecedented control over what the images contain. With videogames it is not necessary to wait for the right events to unfold; events can be created via simulations that are carefully designed to advance particular messages.

Most war-themed videogames are produced by civilian media companies that lack clear motives, but many endorse actual organisations or entities in ways that provide strong ideological support. Electronic Arts’ Medal of Honor simulates the events of Operation Anaconda – one of the most significant battles of America’s war in Afghanistan. The game creates heroic images of American soldiers and even explicitly praises their actions in the closing credits with an extended tribute to American special operations forces “who are in the fight and keep our enemies awake at night.” Other popular games likewise comment on ongoing wars and the actors involved in them, with varying political orientations and goals. Several have been produced for smartphones and tablets; browsing through the Google Play store one can find games about the fighting in Ukraine, Gaza, Syria, and elsewhere.

In each case these games attempt to construct a particular version of real conflicts and the actors involved in them. They are framed as factual accounts of the fighting, often incorporating narratives of battles and real images to underscore this point. They present their protagonists as heroic and righteous fighters who are battling against evil enemies, attempting to cultivate legitimacy for one side while demonizing the other. At times they even urge players to join in the fight, though they generally neglect to provide specific instructions for how they should do this.1

This explains why both military forces and violent non-state actors have also become direct participants in the videogame industry, embodying a concerted effort to use videogames to advance their strategic and political interests. The US Army was a pioneer in this field, creating its own recruitment videogame, America’s Army, in 2002. It was able to attract millions of players by making the game freely available, and has continually updated the game since then to maintain its place as one of the most influential military videogame franchises. Videogames make it possible for the Army to speak to players, attracting them as virtual recruits who go through simulated Army training and are thereafter sent on combat missions as virtual Army soldiers.2

Various violent non-state actors have followed the US Army’s lead by producing games that are aimed at shaping players’ attitudes about ongoing conflicts. For example, Hezbollah released two videogames, Special Force and Special Force 2, to simulate its struggle against the Israeli Defense Forces in Southern Lebanon3. Similarly, the Islamic State has recently recognized the intense power of videogames as a means of further advancing its militant doctrine.

IS is renowned for its sophisticated media strategy, using Twitter, YouTube, Facebook, and other social media platforms to communicate with potential recruits and to spread its ideology.4 Most concerning of all, it has repeatedly demonstrated that it can incite acts of violence among a diffuse network of adherents who may have little or no direct contact with the organization. To date, IS has been responsible for dozens of attacks in countries including Australia, Yemen, the United States, France, Saudi Arabia, Belgium, Turkey, and the United Kingdom. These attacks are incontrovertible testaments to the power of images and of ideological warfare more broadly – evidence that this domain of warfare warrants greater attention from scholars and policymakers.

Rather than creating its own military videogames, IS has appropriated games made by others. In 2014 it released an advertisement featuring Grand Theft Auto 5 framed by music and text provided by the organization.5 The video shows scenes of lone gunmen shooting police officers and unarmed bystanders in an American city. In some ways this kind of violence should be familiar for those who have played Grand Theft Auto. The series has always allowed players to act as criminals and carry out these types of attacks. However, whereas the games in the Grand Theft Auto series are rife with satire and implicitly critique the violence they simulate6, Islamic State frames the virtual attacks as examples of the kind of lone wolf terrorism that it is urging followers to carry out. This framing of the game radically transforms Grand Theft Auto’s meaning. It shows the possibility of playing this and other games from the mindset of an Islamic State fighter, enabling any IS sympathizers who have access to a gaming system to imagine themselves joining the organization’s global terrorism campaign.

More recently, rumors have circulated that Islamic State has also modified the military simulator ARMA 3 to promote itself. The game is an open-world simulation that allows users to generate their own content – even allowing them to make virtual IS enemies to battle against. However, according to some reports, members of the organization or those who are sympathetic to it have begun using the same avatars to promote IS7.

The extent of IS’ use of videogames remains unclear. As is so often the case with terrorism, it is difficult to determine when risks are real and when they are based on misplaced fears. This challenge is made even greater when it comes to videogames, which are often groundlessly vilified for inspiring violence. Nevertheless, the rumors reveal concerns over IS’ growing capacity for waging ideological warfare, and take on a degree of plausibility because that organization and so many others already use games in an effort to influence players. Islamic State has shown the ease with which games can be modified to display objectionable content and that games can even be given new meaning without any material changes at all.

Harnessing the potential of videogames

Videogames are an ineliminable part of the ideological battlefield surrounding contemporary wars – one that we must come to understand. Taking these games seriously is an important first step towards understanding what role they have in conflicts and how efforts at using them to inspire real acts of violence can be counteracted. So how should we respond to videogames that contain violent messages? Demonizing them is the wrong response. Videogames are no more blameworthy for being mobilized to promote violence than social media platforms are for hosting similar content. Censoring videogames would be ineffective in any event.

We must also see videogames’ enormous range of communicative potential. Violent non-state actors may indeed use videogames in an effort to attract recruits, promote their causes, and assert control over the invariably controversial narratives surrounding wars. But videogames are also open-ended. They can be endlessly modified by players, reveal otherwise neglected perspectives on war, or even be used to facilitate anti-war voices. We should therefore expect to see that this terrain of conflict is not an unmitigated gain or loss from anyone’s perspective. Rather, it will be a domain of war that is open to virtually any interested parties and that will favor those who are most effective at conveying their messages.

When referencing this article, cite as follows:
Schulzke, M. (2016, Feb). Videogames and the Future of Ideological Warfare. Angle Journal. Retrieved from http://anglejournal.com/article/2016-02-videogames-and-the-future-of-ideological-warfare/

Marcus Schulzke is a Lecturer in the Department of Politics at the University of York. His research focuses on security studies, new military technologies, militaristic narratives in video games and social media, just war theory, the ethics of political violence, and the protection of civilians during violent conflicts.